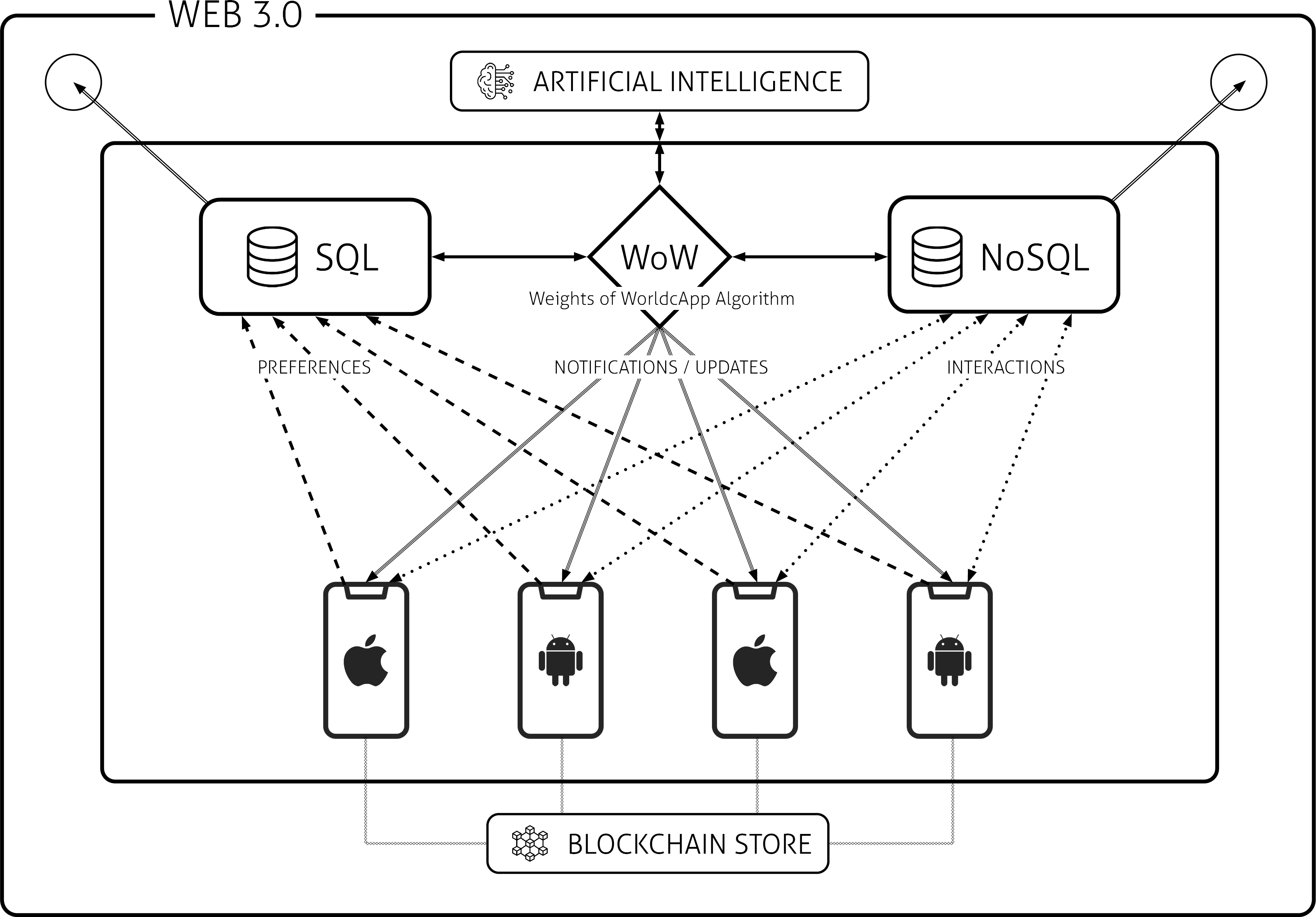 We at WorldcApp have always worked on Research and Development with the goal of designing an unique platform capable of leveling the playing field for the content creators we gather through the VENUS Gallery project. For this reason, we have conceived the WoW (Weights of WorldcApp) Algorithm to guarantee, among other things related to cooperation, a climate of fair and merit-based competition.

We also received funding that allowed us to further develop the approach in collaboration with Bugnion - one of the leading intellectual property consulting companies in Europe. Here are the most important principles extracted from that work:

If there is a reasonable convergence chosen by the client between the two - usually it means that there are up to 3 out of 9 elements, regardless the positions, included in both rankings - the Popular Ranking becomes the final one. If not, WoW only counts the preferences of users (we call them the illuminati) who meet that convergence and draws up the final ranking. For all other cases, the ranking of experts becomes the final ranking.

Furthermore, the system includes an anti-fraud logic - aimed at preventing the same user from expressing their votes several times within the same competition - and a special way to calculate scores.

Our creatives are brilliant minds with a vast range of cultural experiences behind them and your ability to identify their best works should depend on your involvement in the world of culture and all that it has to offer.

It is this objective that has led us to invest a lot in our algorithm, guarantee a climate of fair and merit-based competition and conceive the VENUS Gallery editorial project in collaboration with a prestigious figure like Jamal Taslaq - We want to build large and profitable communities with and for our clients while celebrating creativity in all its forms.